Last Tuesday, I got a white sheet saying I am allowed to drive on the street with a car. Yes. I passed my driving test.

The day before the driving test, after my last two driving lessons, and my driving instructor telling me he can’t guarantee anything, I was feeling more flustered and jittery than on the day of my A-levels. It was  insane and ridiculous. You know that feeling. Your pulse increases, your heart beats faster and you feel like you cannot bear it anymore. Yes. I knew that feeling too. But I honestly do not think this feeling should be there 14 hours before your driving test, which by the way, is not that big of a deal. If you don’t pass, you just do it again.

On that morning I set my alarm for 5:30 a.m., as we were asked to arrive at 7 a.m. on that oh-so-important day, and having read on some internet site giving tips for your driving test, that you should by no means be there too late (obvious), and it’s better to be there half an hour before than one minute too late (not so obvious) I arrived there 20 minutes early. Before arriving early, I spent a fair amount of time in the bathroom, listening to Aretha telling me that even she was saying a prayer for me. After eating a small breakfast, thinking that the whole thing couldn’t take longer than a maximum of two hours, if at all, I made my way to the driving school, and finding the door was closed (so sure!, it’s better to be there half an hour earlier), I found a spot on a bench next to another girl (who apparently was thinking the same way I did and was probably more disappointed than I was, cause she had been waiting even longer) and we sat there, not saying a single word, and staring into our small electronic devices, also known as smart phones.

Some 20 minutes later, two other girls made an appearance, and as the two of them knew each other from the last time they had tried to get their driving test, but didn’t succeed in their plans, they started talking about all kinds of mistakes one can make and how to avoid them. We soon joined in their discussion, realising they needed help, and soon we were engaging in a nice conversation, trying to let our nervousness vanish by talking.

After some time the driving teacher came, tested us on our knowledge about tires, the engine bay and the lighting system, we made our way back to the bench and anxiously waited for the examiner. The two girls who hadn’t passed the last time expressed the wish to be first, so clearly we let them go first. We expected to wait for a maximum of an hour, but not to our amusement, it turned out to be three hours and a half, as the driving teacher spontanously decided to let the two motorcyclists (who had just arrived) go first, as the sky was cloudy and we don’t want them to be taking their test in the rain, do we? No. Of course we don’t.

One thing I learned during those three, almost four hours: Waiting is worse than anything else when you are nervous.

After what felt like eternity we finally got to take our test, and with a bit of luck, we both passed the test. With a bit of luck and a lot of help from the driving instructor, who was sitting next to me and giving me signs indicating I should drive faster or slower and constantly trying to keep up a conversation with the examiner (who against all odds, was hilarious).

Short version: I have a driver’s license. 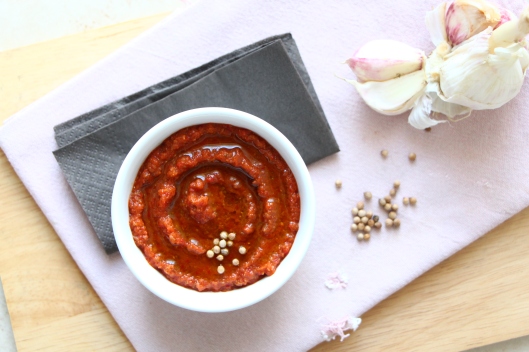 Curry pastes are really not that big of a deal to make. You will either need a blender (lazy version) or a mortar (proper version). The amount of chillies depends on how hot your chillies are and how hot you would like your paste to be. You will have to experiemnt a little with that. If you can get your hands on dried chillies in the according colour, your result will be a bit drier and more curry paste-like. If you use dried instead of fresh chillies, soak them for 10 minutes and strain them after. If using fresh chillies, wear gloves. You don’t want your fingers to burn for three days. In both cases, make sure to remove the cores. One advantage with using a mortar is that your paste won’t be watery (in a blender, you will have to add liquid so the whole thing really blends, but with a mortar, your hands are your tools and you can therefore achieve are dried paste).

Makes one cup each 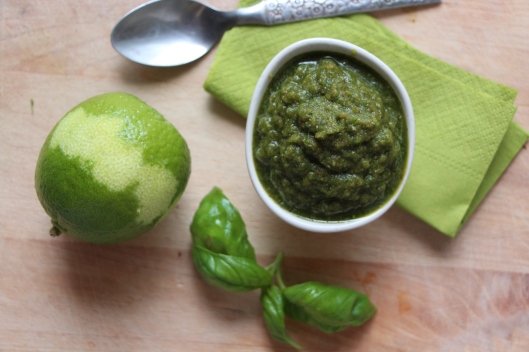 I suggest grating the ginger and galangal, unless it’s super-fresh, otherwise you will have really disturbing little stalks in your paste which prevents it from being smooth. With the lemon grass, make sure you really only use the inner part (where it’s purple), otherwise you have the same problem. We all know how lemon grass inbetween our teeth feels like.

Wash and chop the fresh ingredients. Grind to a paste in a blender or in a mortar. Add the spices. You can store your paste in the fridge in a glass jar. Pour olive oil on top so the paste is covered with oil.

6 thoughts on “A Guide to Homemade Curry Pastes”

I'd love to know what you think about this post! Cancel reply 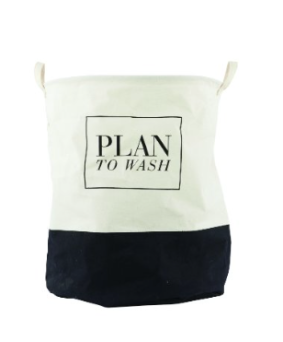 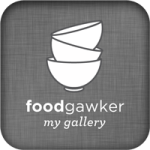 Translate the blog into the following Languages: